Servo motor is a component that can rotate its handle (usually between 0° and 180°). It used to control the angular position of the object.

The servo motor used in this example includes three pins:

This section is the in-depth knowledge. DON'T worry if you don't understand. Ignore this section if it overloads you, and come back in another day. Keep reading the next sections.

After connecting VCC pin and GND pin to 5V and 0V, respectively, we can control the servo motor by generating proper PWM signal to signal pin.

The angle is determined by the width of PWM signal.

Datasheet of the servo motor provides us the following parameters:

These parameters are fixed in Arduino Servo library. We do NOT need to know the value of parameters.

The angle is determined as follows: How To Program For Servo Motor

If you control more than one servo motors, you just need to declare more Servo objects:

Use the servo motor to do one of the following projects:

In these cases, we may need to provide an extra power source for servo motor. 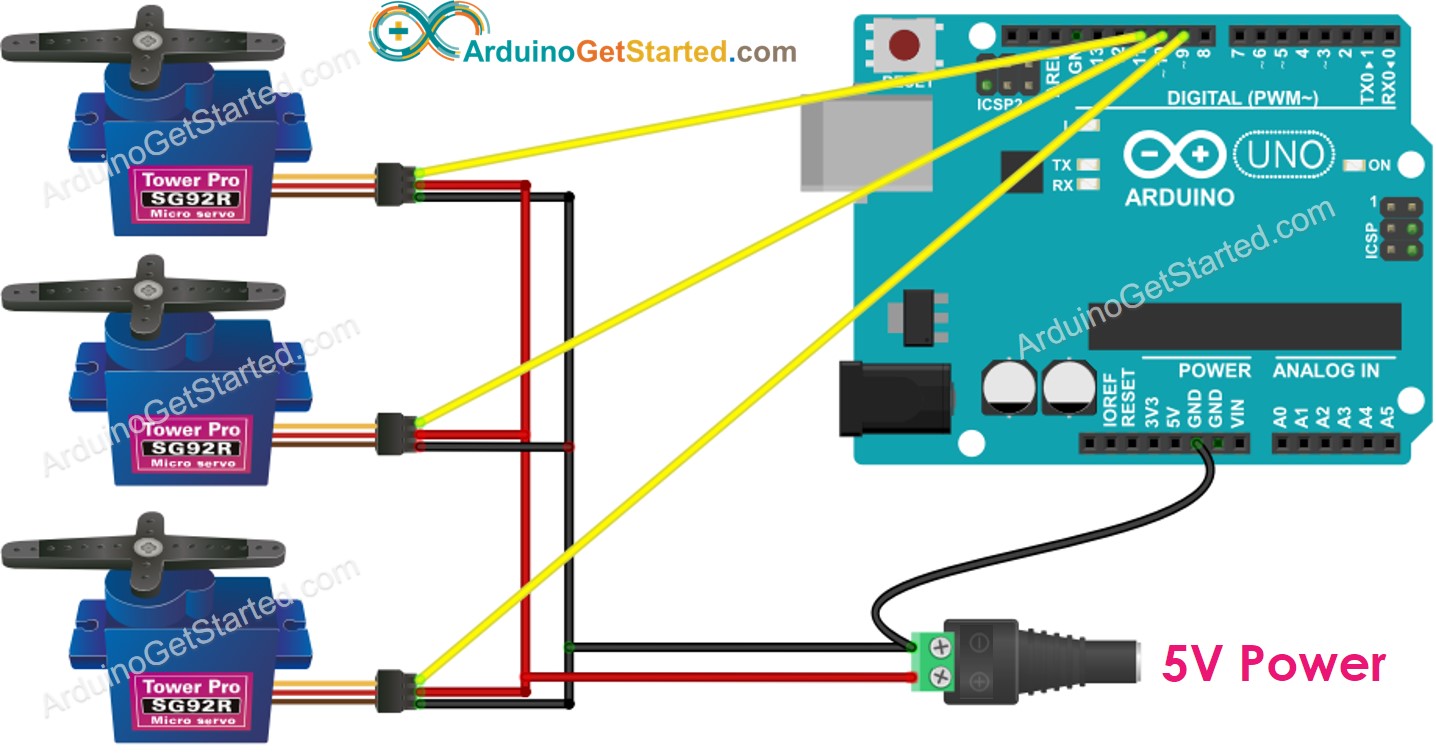 The above code also works with the following servo motors: